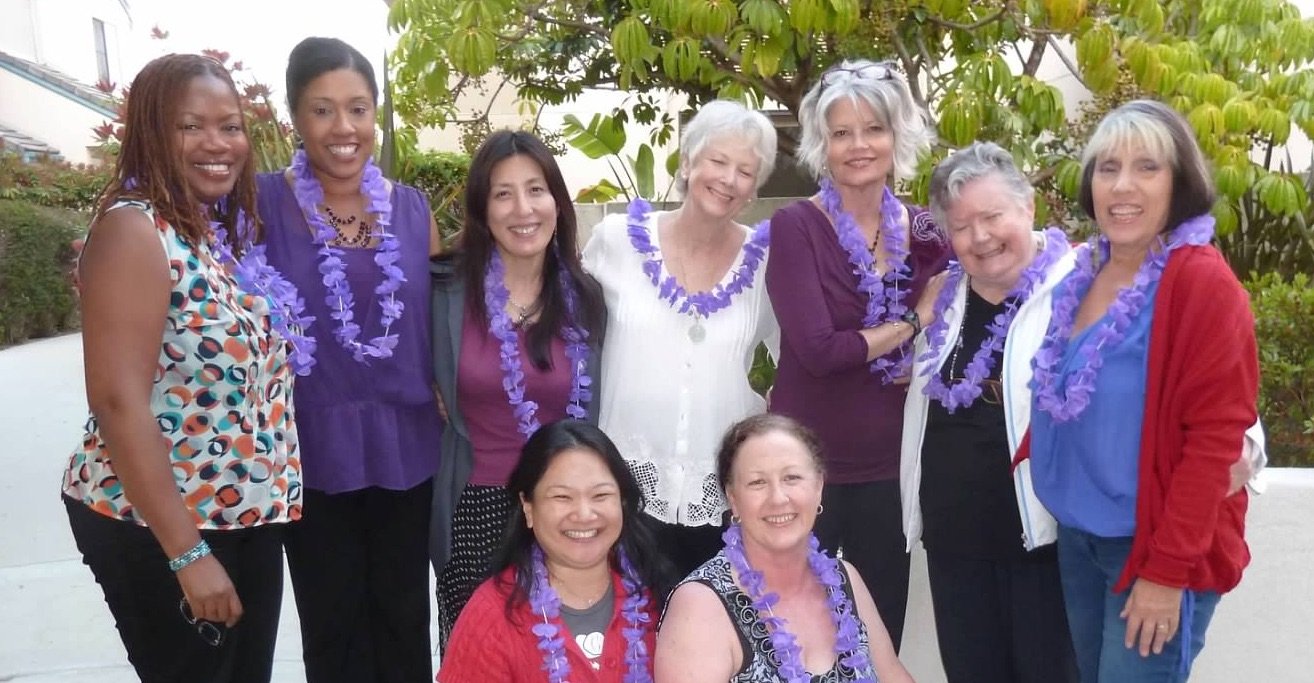 YIPPPEE (Youthful, Intelligent PWT Past Presidents Exceptionally Elite) was established in September, 2013 by 9 Professional Women Toastmasters Past Presidents.
In July, 2015, the group was renamed to The 3P Circle.
Since the charter date, we added five more members.

It was May 2013, and this was going to be our first meeting. I had invited all of the Past Presidents of Professional Women Toastmasters (PWT) that were still active members of our club.

Why? Let me start at the beginning. It all begins with the vision of Pat Allison, DTM.

Let me make this clear from the outset: I am writing this article not only to let you know what I have done and how it has helped our club, our District, and our communities, but also to inspire you to create your own version of the same concept. I won’t be using any “inspirational” words, but the chronological history, I believe, will inspire you. Knowing how and why something came into being, you have a window into
someone else’s thinking and a blueprint to create your own group or book or program that contributes to the world.

Now, back to Pat Allison. Pat was a Toastmaster at a time when women were fairly new to the organization. Women were just starting to break the glass ceilings, and it was Pat’s dream that these women could be prepared with top-notch communication skills to reach the stars. She noticed, however, that while many of the women in Toastmasters were focusing on leadership roles, both in their clubs and in the District, the speaking slots were primarily filled by men. Thus, we had tremendous women leaders with speaking skills that were sub-par for the level they had attained. It detracted from their credibility.

Pat realized that some women were more willing to take a chance of looking like a fool in front of a group if there weren’t too many men around to make fun of them. Of course, we know that Toastmasters men do not make fun of women but, even so, it can be scary. For that reason, some women were focusing on Toastmasters leadership instead of speaking, just to avoid embarrassing themselves in front of the men. I doubt it was even a conscious choice, but it was a choice.

Over the years, PWT has had its highs and lows, as all clubs do, but it has risen from its own ashes to maintain itself as a top club in District One with great professionalism and an incredible sense of humor — a wonderful combination. I was a charter member of PWT – I inveigled a friend to join with me because I didn’t have the courage to join alone – and I became charter president after Pat Allison stepped down.
That’s the story of PWT. Inspiring right? It’s inspiring to me. Sharing all that history gives me a fuller perspective.

With all the success PWT achieved over the years, I felt that something was missing. Within the club, we had top notch leadership. For example, Miyo Yamauchi was called out of the country while she was Vice President of Education and was elected President while she was still in Japan. She led by Skype. And she kept it together.

During Melissa Carrera’s presidency, her job required her to move to another state. She completed her term via remote access and also flew back for our year-end meeting to hand over the reins to Maria Paz Ramirez for the next term.

PWT takes this all for granted. But stop and think about it. Not many clubs could survive, let alone thrive, under such circumstances. But PWT members were so modest that they weren’t participating very much in the district or other leadership opportunities.

At one meeting, I noticed that we had an extraordinary number of ex-presidents still active in the club. These were all the cream of the cream of the crop. And yet, I felt that none of these women had the vaguest idea of how exceptional they were. I guess I should include myself in the group. Modesty can be overdone if we still don’t have confidence to stretch past that glass ceiling. These terrific women needed
to learn how to recognize and acknowledge their own accomplishments.

I pondered what to do about it. And finally, I decided to create a group (not a club with dues) of past presidents of PWT. We named it YIPPPEE – Youthful Intelligent PWT Past Presidents Exceptionally Elite.

Then we decided that was too cutesy, so our formal name is 3P Circle, for PWT Past Presidents Circle. I knew that these women admired their colleagues more than they did themselves. I thought if we were all in a group together, we would realize we were equally exceptional. You know, “Birds of a Feather” and “Like attracts Like.”

I called a meeting and invited our active Past Presidents. You will probably recognize at least some of the names: Patsy Bellah, Ann Hastings, Julie Broady, Kathie Nirschl, Evelyn Ballesteros, Hellena Jones-Elbling, Lisa Lockhart, Miyo Yamauchi, and me, Merle Minkoff-Singer. (As Jen Scott, Carla Taravella, Trish Lay, and Melissa Carrera completed their terms as President, they also joined the 3P Circle.)

At our first meeting, we discussed what we wanted this group to be. YIPPPEE could just be people to relax with or we could do a project. We chose a project and the first project was running a Speechcraft for the Freedom Writers with Erin Gruwell. (See the article in the May 2017 issue of the Toastmaster magazine.) The Freedom Writers went on to form their own Toastmasters club. Not bad for just coming out of the gate. We also conducted a Speechcraft at INROADS Alumni Association, Pacific Southwest Region. Then we launched a trial program for District One – The Member Mentor Help Desk – to help clubs develop their own mentor programs. We were busy. And, by trusting in the abilities of the wonderful ladies we had in our group, we each found out that we, too, were exceptional!

Mostly, we have created our own personal projects and supported our club, Club Growth Director/Club Quality Director/District Director Julie Broady, the District, and each other. Women working together to support each other.

We’ve had some attrition. Patsy Bellah moved out of our district. Ann Hastings has moved on to other adventures, though she still hosts our 3P Circle meetings. Jen has also moved on, and Trish and Melissa now live out of state. When they return to our fold, we will welcome them in.

What I had hoped, and how it seems to be working, is that PWT newbies will stay active in the club and progress through the levels of club leadership just so they can join the 3P Circle. We’ve already had one beloved member, who was hesitant about serving as a club officer work her way up the leadership ladder just because she wants to be a YIPPPEE. She’s poised to become PWT President in the next term!

So what do you think? How could this idea benefit your club, your office, or your community? Could your club benefit from forming a group like ours? If you don’t have so many past presidents, could experienced officers and other club leaders find support and strength through a united cause? Could such a group be an incentive for new members or an added draw for former members? Although YIPPPEE is for “TM
Active” Past Presidents, you could certainly include inactives in the group you organize – it may entice them back. If you are here, you are exceptional. You are brave, and you are lucky. Keep moving forward.

Keep saying “Yes” to the challenges. There is support here, and you offer your support here. Go through leadership. Work up to President.

PWT today. 3P Circle tomorrow. The only thing left to say is, YIPPPEE!!!